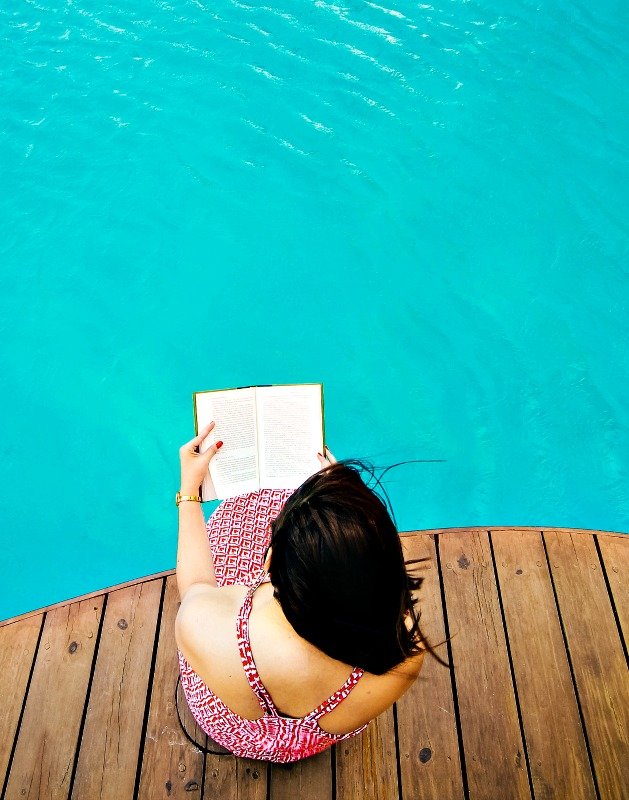 (scroll down for English) I absolutely LOVE reading books. Especially during summer, when life gets less busy than usual is my favorite thing to do. Beach+coffee+book=ultimate summer combo! Just like I did before, I’ve rounded up some interesting books to add to your summer reading list.
If you’ve already read some of them, share your opinion with me in the comment section.
Into the Water – Paula Hawkins Into the Water is the incredible new standalone thriller from Paula Hawkins, author of “The Girl on the Train”.
With the same propulsion that captivated millions of readers worldwide in The Girl on the Train, Paula Hawkins unfurls a gripping, twisting, layered story set in a small riverside town. Once again Hawkins demonstrates her powerful understanding of human instincts and the damage they can inflict.
“Into the Water” is an addictive novel of psychological suspense about the slipperiness of the truth, and a family drowning in secrets.

In 1929, Beattie Blaxland had dreams. Big dreams. She dreamed of a life of fashion and fabrics. One thing she never dreamed was that she would find herself pregnant to her married lover, just before her nineteenth birthday. In 2009, Emma Blaxland-Hunter was living her dream. A prima ballerina with the London Ballet, she had everything…Until the moment she lost it all. Separated by decades, both women must find the strength to rebuild their lives. A legacy from one to the other will lead to Wildflower Hill, a place where a woman can learn to stand alone long enough to realize what she really wants.

Sixteen-year-old Mattie Gokey has big dreams but little hope of seeing them come true. Desperate for money, she takes a job at the Glenmore, where hotel guest Grace Brown entrusts her with the task of burning a secret bundle of letters. But when Grace’s drowned body is fished from the lake, Mattie discovers that the letters could reveal the grim truth behind a murder.

The international bestseller, translated from the German by Simon Pare.

On a beautifully restored barge on the Seine, Jean Perdu runs a bookshop; or rather a ‘literary apothecary’, for this bookseller possesses a rare gift for sensing which books will soothe the troubled souls of his customers. The only person he is unable to cure, it seems, is himself. He has nursed a broken heart ever since the night, twenty-one years ago, when the love of his life fled Paris, leaving behind a handwritten letter that he has never dared read. His memories and his love have been gathering dust – until now. The arrival of an enigmatic new neighbor in his eccentric apartment building on Rue Montagnard inspires Jean to unlock his heart, unmoor the floating bookshop and set off for Provence, in search of the past and his beloved.

The addictive No.1 bestseller and international phenomenon BESTSELLER – over 20 million copies sold worldwide

Who are you?What have we done to each other?These are the questions Nick Dunne finds himself asking on the morning of his fifth wedding anniversary, when his wife Amy suddenly disappears. The police suspect Nick. Amy’s friends reveal that she was afraid of him, that she kept secrets from him. He swears it isn’t true. A police examination of his computer shows strange searches. He says they weren’t made by him. And then there are the persistent calls on his mobile phone. So what really did happen to Nick’s beautiful wife?
My not so Perfect Life – Sophie Kinsella

Katie Brenner has the perfect life: a flat in London, a glamorous job, and a super-cool Instagram feed. OK, so the truth is that she rents a tiny room with no space for a wardrobe, has a hideous commute to a lowly admin job, and the life she shares on Instagram isn’t really hers. But one day her dreams are bound to come true, aren’t they? Until her not-so-perfect life comes crashing down when her mega-successful boss Demeter gives her the sack. All Katie’s hopes are shattered. She has to move home to Somerset, where she helps her dad with his new glamping business.
Then Demeter and her family book in for a holiday, and Katie sees her chance. But should she get revenge on the woman who ruined her dreams – or try to get her job back? Does Demeter – the woman who has everything – actually have such an idyllic life herself? Maybe they have more in common than it seems. And what’s wrong with not-so-perfect, anyway?

Ambitious, powerful and deeply-moving. Confessions is a consummate masterpiece, with an ending that will not just leave you thinking, but probably change the way you think forever. Jaume Cabre is one of the most internationally celebrated contemporary Catalan writers.
An instant bestseller in nine languages, Confessions is an astonishing story of one man s life, interwoven with a narrative that stretches across centuries to create an addictive and unforgettable literary symphony.
At 60 and with a diagnosis of early Alzheimer s, Adrià Ardèvol re-examines his life before his memory is systematically deleted. He recalls a loveless childhood where the family antique business and his father s study become the centre of his world; where a treasured Storioni violin retains the shadows of a crime committed many years earlier. His mother, a cold, distant and pragmatic woman leaves him to his solitary games, full of unwanted questions. An accident ends the life of his enigmatic father, filling Adrià s world with guilt, secrets and deeply troubling mysteries that take him years to uncover.
The Spy – Paulo Coelho Told through Mata’s final letter, THE SPY tells the unforgettable story of a woman who dared to break the conventions of her time, and paid the price.
Soon she was feted as the most elegant woman in the city.
A dancer who shocked and delighted audiences; a confidant and courtesan who bewitched the era’s richest and most powerful men.
But as paranoia consumed a country at war, Mata Hari’s lifestyle brought her under suspicion. Until, in 1917 she was arrested in her hotel room on the Champs Elysees and accused of espionage.
Inferno – Dan Brown

Dan Brown’s new novel, Inferno, features renowned Harvard symbologist Robert Langdon and is set in the heart of Europe, where Langdon is drawn into a harrowing world centred around one of history’s most enduring and mysterious literary masterpieces. As Dan Brown comments: “Although I studied Dante’s Inferno as a student, it wasn’t until recently, while researching in Florence, that I came to appreciate the enduring influence of Dante’s work on the modern world. With this new novel, I am excited to take readers on a journey deep into this mysterious realm. A landscape of codes, symbols, and more than a few secret passageways.”
Set against an extraordinary landscape inspired by one of history’s most ominous literary classics, Inferno is Dan Brown’s most compelling and thought-provoking novel yet, a breathless race-against-time thriller that will grab you from page one and not let you go until you close the book.
‘Seek and ye shall find.’ With these words echoing in his head, eminent Harvard symbologist Robert Langdon awakes in a hospital bed with no recollection of where he is or how he got there. Nor can he explain the origin of the macabre object that is found hidden in his belongings. A threat to his life will propel him and a young doctor, Sienna Brooks, into a breakneck chase across the city of Florence. Only Langdon’s knowledge of hidden passageways and ancient secrets that lie behind its historic facade can save them from the clutches of their unknown pursuers. With only a few lines from Dante’s dark and epic masterpiece, The Inferno, to guide them, they must decipher a sequence of codes buried deep within some of the most celebrated artefacts of the Renaissance – sculptures, paintings, buildings – to find the answers to a puzzle which may, or may not, help them save the world from a terrifying threat…
The girl you left behind – Jojo Moyes

In The Girl You Left Behind two young women, separated by a century, are united in their determination to fight for what they love most – whatever the cost.
France, 1916. Sophie Lefevre must keep her family safe whilst her adored husband Edouard fights at the front. When she is ordered to serve the German officers who descend on her hotel each evening, her home becomes riven by fierce tensions. And from the moment the new Kommandant sets eyes on Sophie’s portrait – painted by Edouard – a dangerous obsession is born, which will lead Sophie to make a dark and terrible decision.
Almost a century later, and Sophie’s portrait hangs in the home of Liv Halston, a wedding gift from her young husband before he died. A chance encounter reveals the painting’s true worth, and its troubled history. A history that is about to resurface and turn Liv’s life upside down all over again . . .